Warning: "continue" targeting switch is equivalent to "break". Did you mean to use "continue 2"? in /homepages/41/d40343525/htdocs/_blog/wp-includes/pomo/plural-forms.php on line 210

Warning: "continue" targeting switch is equivalent to "break". Did you mean to use "continue 2"? in /homepages/41/d40343525/htdocs/_blog/wp-content/plugins/jetpack/_inc/lib/class.media-summary.php on line 77

Warning: "continue" targeting switch is equivalent to "break". Did you mean to use "continue 2"? in /homepages/41/d40343525/htdocs/_blog/wp-content/plugins/jetpack/_inc/lib/class.media-summary.php on line 87
 Monte Carlo Simulation – Isograph Blog
Skip to content

This years Reliability 2.0 meeting in Las Vegas was a great meeting with a bit of bowling, gambling and interesting discussions on topics like Monte Carlo Simulation. (Which seems like a fitting topic for Las Vegas.)  Reliability 2.0 2014 included 2 papers authored and co-authored by Isograph employees. Dr. Gabriel Lima’s (Isograph Partner) paper titled “Practical Models for Decision-Making in Asset Management” . As an economics professor Gabriel was able to give a unique point of view regarding what motivates asset management strategies. Factors such as increased reliability, improve availability, reduced unit cost, reduced risk and improved frequency of failure .  Below is a photo from Gabriel 3 hour training course. If you are interested in the course notes please contact me jhynek@isograph.com . 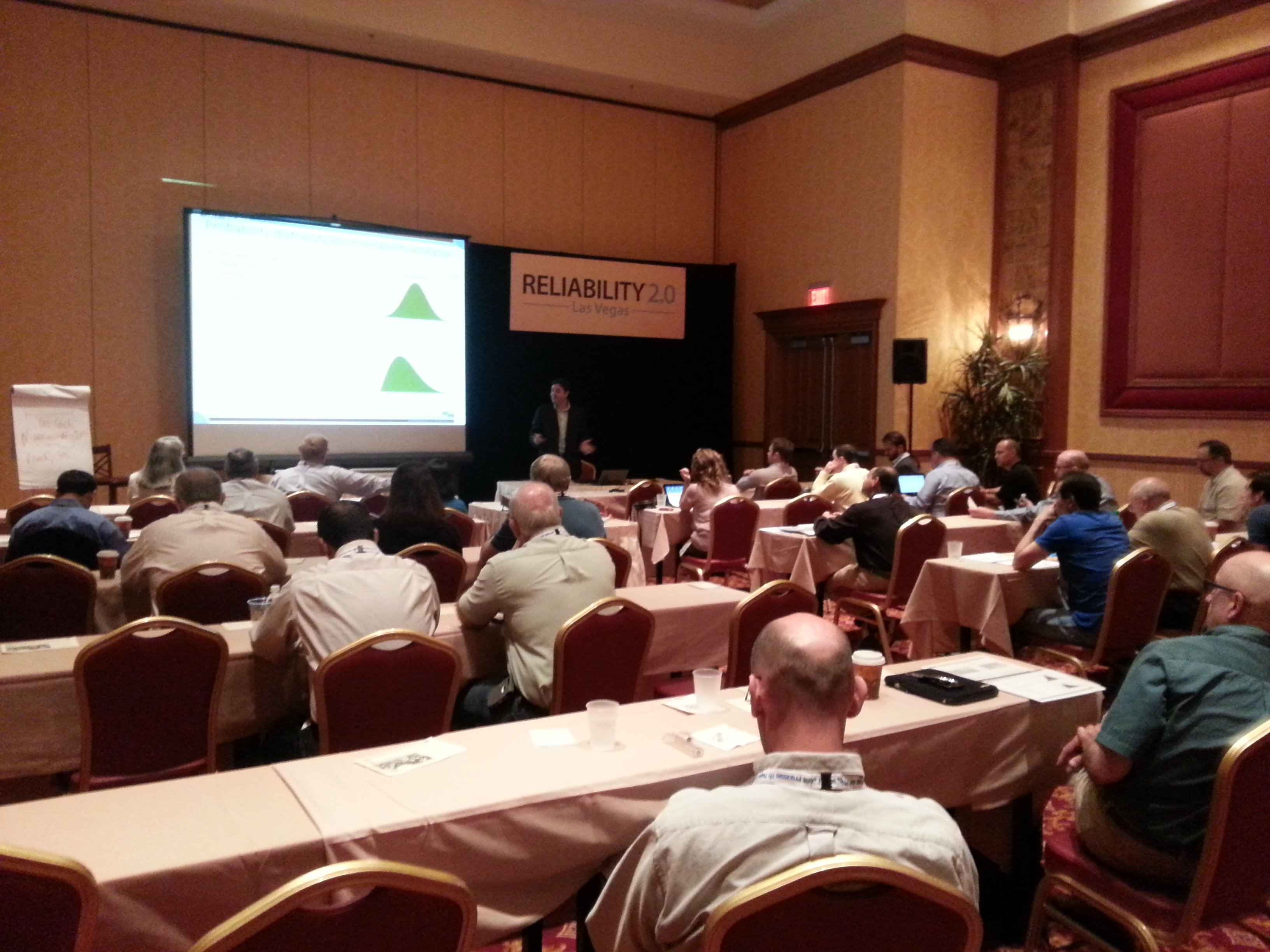 Dr. David Wiseman a die hard Liverpool soccer fan, nuclear physicist  and employee of Isograph also presented a paper titled “Monte Carlo Simulation as an Aid to PM Optimization” .  In this paper David clears up the common misconception that massive amounts of data are needed to perform a simulation to optimize your PM intervals.  For a basic simulation all that is needed is the Mean Time To Repair (MTTR), the price of the PM interval and less than a weeks worth of test data. Using this data a recommended PM interval and Cost Benefit Ratio are easily calculated. 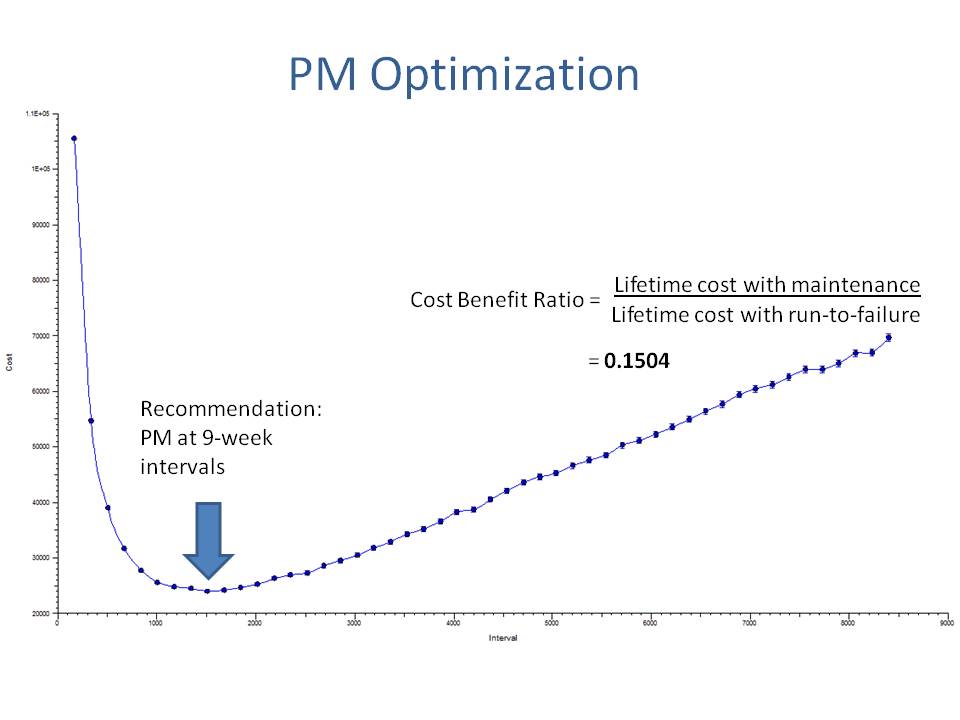 We all walked away from the conference with minor gambling losses and a better idea on how to approach our asset management models. For additional information please contact Isograph: 949 502 5919 jhynek@isograph.com , www.isograph.com

This spring there will be a lot of activity in Las Vegas. Some will be calculating their losses from March Madness, others will be finishing Spring Break with a yard of ale on the strip and David Wiseman and I will preparing to present our paper “Monte Carlo Simulation as an Aid to Optimization” at this years Reliability 2.0 conference. Reliability 2.0 Agenda April 7-11, 2014

Monte Carlo simulation techniques allow computer programs to emulate plant behavior and quickly assess the effects of alternative PM policies. In this presentation we will demonstrate how to optimize PM intervals. We will also show how simulators may be used to optimize spare part storage levels – a vital consideration when restocking is subject to long lead times. Such optimization techniques can help to reduce maintenance and spare part storage costs, while taking into account safety, operational and environmental risk. 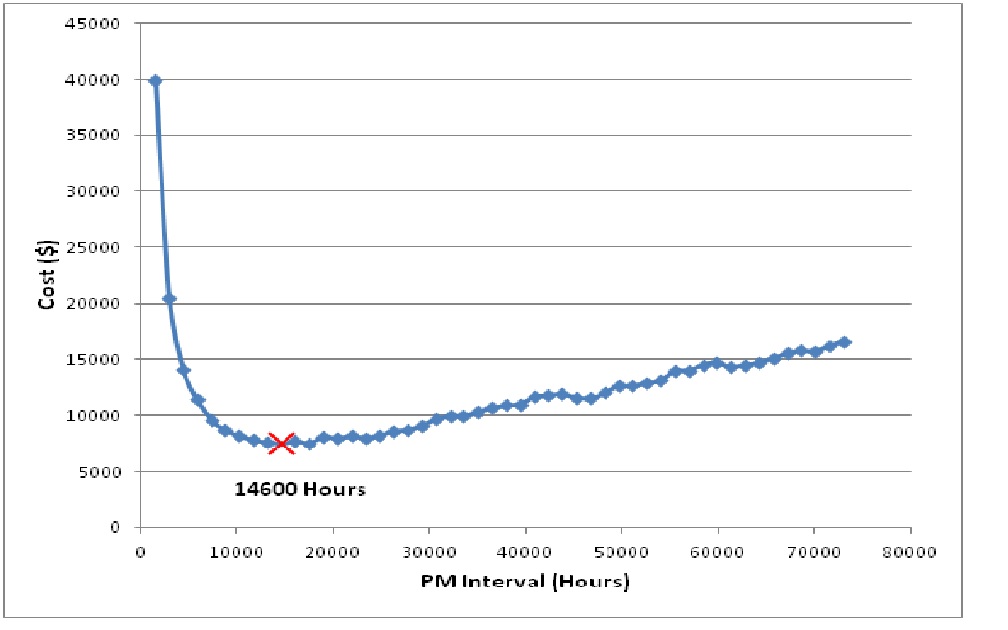 Isograph will be supporting this years Reliability 2.0 event by presenting 2 papers and exhibiting at the conference.

For those of you working today I thought I would give a little background on Monte Carlo Simulation (MCS). I have to admit that when asked I have tied MCS back to the gambling industry more than once. It sounds like a good story, however, it turns out the name comes from the resemblance to the act of playing and recording your results in a real gambling casino.  MCS techniques are often used in physical and mathematical problems and are most useful when it is difficult or impossible to obtain a closed-form expression, or in-feasible to apply a deterministic algorithm. Monte Carlo methods are mainly used in three distinct problem classes: optimization, numerical integration and generation of draws from a probability distribution.

The modern version of the Monte Carlo method was invented in the late 1940s by Stanislaw Ulam, while he was working on nuclear weapons projects at the Los Alamos National Labs. It was named by Nicholas Metropolis, after the Monte Carlo Casino, where Ulam’s uncle often gambled.  Immediately after Ulam’s breakthrough, John Von Neumann understood its importance and programmed the ENIAC computer to carry out Monte Carlo calculations.

So although gambling is a reference it’s not the reason for or used in the gaming industry… we at Isograph use MCS techniques to solve problems that cannot be solved using quantitative methods. Optimizing Preventive Maintenance Intervals, deciding the perfect number  of spares to have and where to keep them as well as optimizing the configuration of your system are just a few of the problems we can solve with the Availability Workbench using Monte Carlo Simulation. However, we cannot tell you where to place your bets or what number to choose on the Roulette Wheel.

The following is a short demonstration as to how we use MCS together with FMEA’s for RCM analysis or Block Diagrams to model complex systems logic.